Tim Cook openly apologized about the sub-par iOS 6 maps. He suggested a whole bunch of 3rd party apps instead. Google reportedly did not hand over the necessary data for turn-by-turn directions which prompted Apple to release their own mapping solution.

I personally used Scout app (by TeleNav) when it was free for a month. I launched it on the iPhone 5 and lo behold, Scout offered a free year of turn-by-turn based navigation which is voice enabled. It is pretty neat and gets the job done. Apple’s Maps app isn’t great with POI handling. Search for ‘KFC’ gave me a result that is 2 hours away! Scout at the same time does more location-aware POI search. I will take a 3 mile drive to a ‘KFC’ over a 60 miler any day!

Scout app definitely lacks those cool realistic 3D maps/imagery but it does what it is supposed to in the first place – guide to a destination, the best way possible! This one time, Apple Maps did a terrible job routing me to the nearest ‘Walmart’. I was routed to a vacant lot which is at least about 7 miles from the nearest ‘Walmart’. Scout did a great job in that case too. Though there are multiple bad reviews for Scout on the App Store, it has yet to let me down. I love the offline map download capability, though you are limited to either west coast, east coast or central maps at any given time.

Crowd-sourced apps like Waze or the good old MapQuest does the job too. I like Scout for the freshness it brings to the UI and better yet – the accuracy. It is free for an year too and by then, Apple would have perfected their Maps while Google might introduce their own Maps to the iOS users. Mapping is a great deal and the billions of location-aware searches provides a wealth of knowledge to the big guys – Apple & Google. So, a fight to gain the maximum exposure in the mapping industry is on and it is the consumers who win at the end! 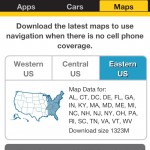 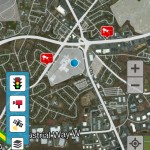 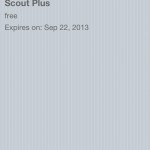 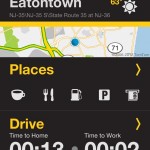 Following is Scout from their App Store description :

Scout For Free:
– Dashboard – Get traffic, weather and commute drive times on one easy screen
– Turn-by-Turn Directions – Pick your route and get visual directions on the latest maps with award-winning Telenav® GPS navigation
– Traffic – See real-time traffic and ETAs
– Places – Use one-tap search to quickly find coffee, restaurants and the cheapest gas stations nearby
– Favorites – Save your faves and sync them online at www.scout.me, where you’ll discover events, activities, and fun things to do such as concerts and shows, hiking trails, parks and family fun
– NEW! Voice Commands – Speak, don’t type, to navigate hands free